It was a privilege to be invited to the Greater Manchester Health and Social Care Champions Awards on 13th July, even more surprising to have been nominated for an award, like many parent carers I don’t feel that I do anything different or exceptional. https://www.gmchampionawards.co.uk/

For me this was about celebrating the work and support that carers of all ages give, from young carers, to adult carers, to parent carers, it was absolutely right that all carers across Greater Manchester were celebrated.

The award was not about anybody special,  it was about keeping the voices of those who can’t speak for themselves in the headlights, about sharing their stories and experiences with leaders who have the power to make things better.

• Its about the family who is due to be evicted on Monday from their private rented house because their two autistic children like having the washing machine on late at night and the neighbours have complained.

• Its about the 20-year-old with Cerebral Palsy who I met last week, who is cared for by his foster carer who is approaching 70, he receives 10 hours a week of social care support, no Physiotherapy and despite being permanently in a wheelchair, according to his Education, Health and Care Plan has no health needs. He said when I asked if he’d like to go out to a nightclub.

• Its about the lady who unexpectedly lost her husband a few months ago who is struggling to manage all the paperwork associated with her daughter who has complex health needs, as her husband did all that.

• Its about the 40-year-old with Downs Syndrome, who according to her social care assessment was diagnosed in 2017 and whose social care package is due to be halved.

• Its about the parents who will get very little sleep tonight, getting up to turn their child, check their oxygen levels, change their feeding tube, the parents who are never quite sure when they go to bed if their child will be alive in the morning.

• Its about the parents whose child needs speech and language therapy, but the only session is on a Wednesday afternoon and if you can’t make that your child is discharged.

• Its about those parents who are tired, exhausted, needing a break who are close to giving up.

• Its about those parents whose partners have given up and sadly taken their own lives.

• It’s about those parents staring out on their special needs journey and having to, as one parent said.
“learn about a whole new language in a short space of time”

These are real stories, real people, real families and this is about them.

There are almost 19,000 children and young people with Education, Health and Care Plans across Greater Manchester, (almost 1000 tribunal applications last year) that means thousands of parents and carers who are providing support to children who often have complex needs, who require additional support from Education, Health and Care. Some of these parent/carers don’t have access to the internet or email, may not speak English and may be refugees or asylum seekers or may have learning difficulties themselves. Their voices need to be heard and its our collective job to go out and find them, to hear what they have to say and try to do things better.

Having just watched the webcast from the GM Health and Care Board meeting on the 13th July and listening to self-advocates speak so clearly about what they do, want and need.   https://trafford.public-i.tv/core/portal/webcast_interactive/359531     They set the Greater Manchester leadership a challenge, to use the plans they have devised together, to make real change to real families and I for one am certainly positive about the future and feel that the leadership of Greater Manchester is listening and trying to improve things.

I am looking forward to continuing this journey along with as many parent carers, individuals and groups as want to and are able to be involved, its your stories, your experiences that will change things for the better. http://www.gmhsc.org.uk/    https://www.greatermanchester-ca.gov.uk/site/index.php

Its essential that parent carers ‘build bridges, not walls’, so that we have a unified voice all working towards the same vision. 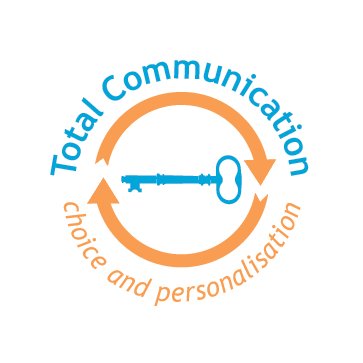